Agent Wren Lucinda June Krauss-Dovesilver is a PSA Agent. She lives in a big igloo in New Penguin City, located at 9059 Snowforts Avenue. Her birthday is December 24. She owns two puffles, including a black cat puffle named Oreos, and a cupcake puffle named Delight. She has a girlfriend named Eunice, and they're engaged. They have a pookie named October.

Wren is bubbly, goofy, and easy to get along with. She can sometimes get angry easily though. She likes lots of types of music, punk pop, rock, pop, dance pop etc. She likes to shop for clothes a lot. She looks up to Dot and the two are very close.

Wren was born in Penguinopolis to Edmond and Clara Evergreen. She had a brother named Vidar, who is 2 years younger than her. Wren and her family moved to Sweden when she was only 2. There, the family learned how to speak Swedish. Nowadays she only remembers just a few Swedish words. She never really liked the school at all, then she moved back to Penguinopolis when she was 7, and she started attending a public school, which is everything she ever wanted. She made loads of friends there. It was much better than the Swedish school.

In highschool, Wren became interested in the culinary arts, even going as far as improving recipies for other members of the cooking club. She became head of the club a few weeks later, something she is greatly proud of.

When she graduated from Penguinopolis University, she moved to New Penguin City and bought a big igloo.

As of now, Wren is engaged to Eunice, has a kid named October, and has a job as a PSA agent and an x-ray technologist. 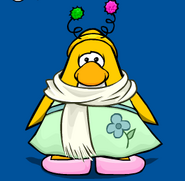 Wren as a pookie. 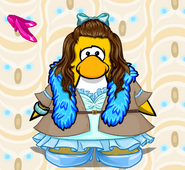 Wren as a tween. 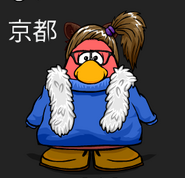 Wren as a teenager.

Wren's igloo.
Add a photo to this gallery

Retrieved from "https://pixies-secret-agency-psa.fandom.com/wiki/Agent_Wren?oldid=74235"
Community content is available under CC-BY-SA unless otherwise noted.