Start a Wiki
Douglas is the director of the LOVE, and Charlie's biological father. Douglas claims that he founded the LOVE to destroy the PSA once in for all, but his real intentions are to capture Charlie and turn him evil.

Not much is known about Douglas's past before he came to Blisk. There is where he first created Charlie out snow using the Snowstone. Douglas soon realized Charlie wanted no part in his evil schemes, so he erased Charlie's memory (in the process also turning him back into a newborn) and exiled him to Penguin Isle. Many years later Douglas created an unseen device that can turn anyone evil, and decided to find his son to use it on him, therefore making Charlie his evil slave. He temporarily teamed up with the RPF to capture Charlie. Herbert built a robotic clone of Smulley, who Douglas attempted to use to locate Charlie, but Smulley was later destroyed by debris falling from the collapsing Hidden Lake. Douglas went on to start the L.O.V.E. agency, still on the intent of capturing and turning Charlie evil. 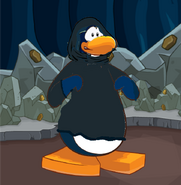 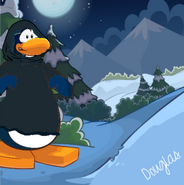 Douglas's Giveaway
Add a photo to this gallery
Retrieved from "https://pixies-secret-agency-psa.fandom.com/wiki/Douglas?oldid=71059"
Community content is available under CC-BY-SA unless otherwise noted.