Uhh oh...
You may be looking for something else.
Try Herbert (Disambiguation). 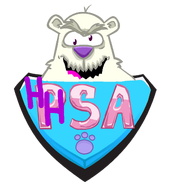 The Logo for the Party
Add a photo to this gallery
Retrieved from "https://pixies-secret-agency-psa.fandom.com/wiki/Happy_Herbert_Takeover?oldid=73936"
Community content is available under CC-BY-SA unless otherwise noted.