Link is a Hylian who was brought to Club Penguin by one of Gary's inventions. He hates the island because it's too cold, and he thinks the penguins are some sort of monster.

Link is often portrayed as the courageous hero of Hyrule. When he's not saving Hyrule from Ganon, he can usually be found taking a nap. Despite being the barer of the Triforce of Courage, Link is terrified of Pixie's daughter, Zelda. 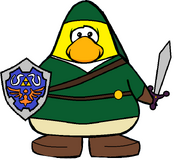 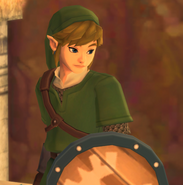 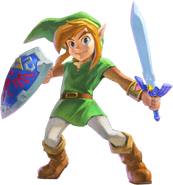 Add a photo to this gallery
Retrieved from "https://pixies-secret-agency-psa.fandom.com/wiki/Link?oldid=74606"
Community content is available under CC-BY-SA unless otherwise noted.