The RPF stands for Rebel Penguin Force. These penguins rebel against the EPF and the PSA. They also enjoy robbing the gift shop and Pizza Parlor for some odd reason.

Many creatures that have heard of the RPF have only heard its initials being spoken. This leads many of them to assume the name of the agency is the Robber Penguin Force. Some of the RPF's newer agents still make this mistake. Very few of the RPF agents actually know what they are rebelling against. This often confuses many of the agents about what they are doing most of the time, greatly decreasing their strength, thus lowering how much of a threat they are. When they team up with others such as Varanus109, Herbert, Tusk, or SASS, they become a much greater threat. 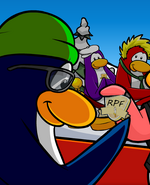 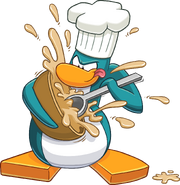 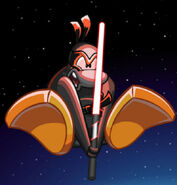 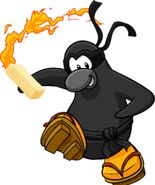 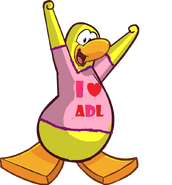 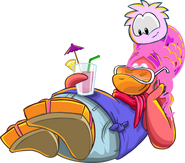 Melody
Add a photo to this gallery
Retrieved from "https://pixies-secret-agency-psa.fandom.com/wiki/RPF?oldid=73599"
Community content is available under CC-BY-SA unless otherwise noted.