Uhh oh...
You may be looking for something else.
Try Scorn the Dragon King.

Poko, aka Scorn II, is Scottish and the director of the P:A:O:S, a member of the PSA, and a member of the RPF (only to get information). He sometimes considers himself the coward of the PSA. He is also the oldest in the agency, but not the wisest. He is the son of Scorn the Dragon King, coming from a forgetful family. He also has five brothers and two sisters, including Robyn. He dislikes crabs, Rockhopper, and giant animals for unknown reasons. He likes rock music, cheese (to which he has a lifetime supply of), collecting Disney movies, and pie. He will eat anything and tend to explode.

Poko can be gullible, with a brain the size of a sunflower. He also believes in aliens, and calls Gary's Inventions thingymajigs. Despite this, Poko knows literally everything about cheese, and will gladfully answer any question about it. He was even able to create a cheese bot with this knowledge. He also has a deep amount of anger inside of him. He can usually be found under a chair, or at the Pizza Parlor.

Poko was born on the Mountain of Misery with his 5 brothers and 1 sister. A day later his mother, his five brothers, and sister died in a war. Four days later he fell off the Mountain of Misery as an egg. Then he was adopted. He married Lynn and had children. After she died, Poko continued to live with his many pets and his brother in-law, Edward Andonuts. 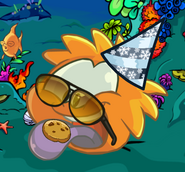 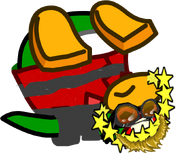 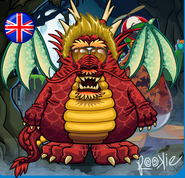 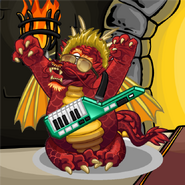 Retrieved from "https://pixies-secret-agency-psa.fandom.com/wiki/Scorn_II?oldid=74215"
Community content is available under CC-BY-SA unless otherwise noted.