Smulley is a computer program created by Douglas, designed to be the basis programming of penguinoid robots, sole purposed to track down and capture Charlie, as well as anyone else who gets in its way.

After Charlie was created by Douglas out of snow and turned into a penguin by the Snowstone, Douglas soon realized Charlie had no future in his evil schemes and exiled him to Penguin Isle. Many years later Douglas created an unseen device that can turn anyone evil, and decided to find his son to use it on him, therefore making Charlie his evil slave. He temporarily teamed up with the RPF to capture Charlie. Herbert built a robotic clone of Smulley, who Douglas attempted to use to locate Charlie, but Smulley was later destoyed by debris falling from the collapsing Hidden Lake. Douglas went on to start the L.O.V.E. agency, still on the intent of capturing and turning Charlie evil. He recovered Smulley's programming and placed it into a new identical robot, Smulley 2.0, which was subsequently (accidentally) destroyed by Rookie. Douglas rebuilt Smulley's body once more and gave him an upgrade, naming him Smulley 3.5. When Douglas was frozen and put on ICE, he escaped with the other LOVE agents and began to work on an upgrade for himself that would allow him to take his revenge. 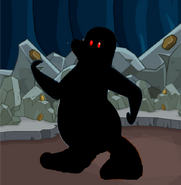 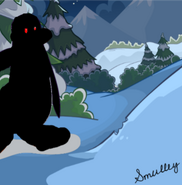 Smulley's Giveaway
Add a photo to this gallery
Retrieved from "https://pixies-secret-agency-psa.fandom.com/wiki/Smulley?oldid=71066"
Community content is available under CC-BY-SA unless otherwise noted.