Hard to believe it's already been 10 years... It seems like just yesterday I was logging in for the 4th year anniversary and being unable to obtain the hat because my computer was a ***** back then.

Here's to 10 awesome years or 8 awesome ones and a couple that were kinda meh...

Bow down to me, peasants! 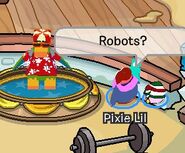 I've seen robots like this somewhere before... I can't quite put my flipper on it though... 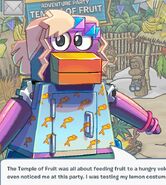 AHA, it looks like one of those stupid animatronics from FNAF. 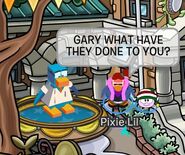 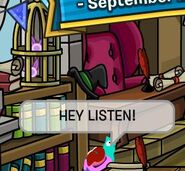 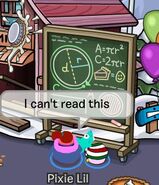 See the video below 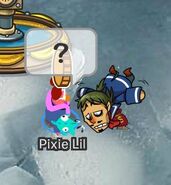 Linebeck, you're in the wrong game again...

Yay, rare items that are no longer rare now... 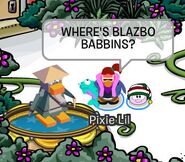 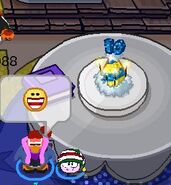 It's a day early. CLOSE ENOUGH!

Retrieved from "https://pixies-secret-agency-psa.fandom.com/wiki/User_blog:PixieLil/Anniversary_Party_2015?oldid=61364"
Community content is available under CC-BY-SA unless otherwise noted.