The Zebra Puffle is a puffle that can be earned at The Puffle Party by doing Task 1. They can also be bought at the Puffle Emporium. They are named after their similar appearance to zebras.

2 Zebra Puffles shown in the Blog 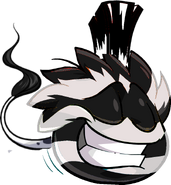 It on the Task

It shown with the Tiger Puffle and the Arctic Fox Puffle 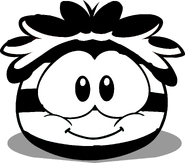 An early prototype of the puffle when it didn't have the mohawk or the tail. 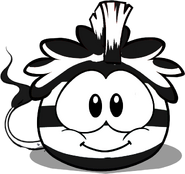 A zebra puffle's in game sprite.
Add a photo to this gallery
Retrieved from "https://pixies-secret-agency-psa.fandom.com/wiki/Zebra_Puffle?oldid=61202"
Community content is available under CC-BY-SA unless otherwise noted.